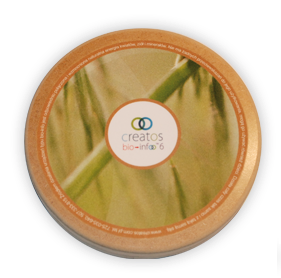 Water energizer Harmonizer
Vendor: Creatos
Price: 120,00 zł
1
Harmonizers
By applying the body harmonizer, you can feel the warmth, and this happens as a result of the radiation directing man to spiritual change, as well as mobilization to the cohesion of the body and energy regulation. Harmonizers help recover much faster, motivating the body to fight the disease. They directly affect the human immune system, as well as the ability to recognize external problems that we are not aware of and affect our energy field.
Masaru Emoto Tests
Tests from California
Tests from German
Discover the power of 7 innovative harmonizers

Water
energizer
Opinions about our products
Since I've been using the stationary and personal harmonizer, I feel much calmer.
Seweryn, aged 40
Because of my age and diabetic disease, I suffered from pain in the joints, especially in the shoulders, and I felt weak all the time. About 4 months ago, my grandson gave me the stationary harmonizer and said that I should install it under by bed, and I did so. For the first few days I felt some tingling sensation and heat. I do not feel this anymore, but I've noticed that I feel much better now, my shoulders hurt less and I have more strength to work.
Zbigniew, aged 65
After the first night with the stationary harmonizer under my bed, I woke up very swollen and felt hot blood circulating in my veins, but I thought that such days can happen. After the next night, it was even worse, so I thought that it is the harmonizer that causes such symptoms and contacted the person who sold it to me. This man said that it was a normal process of cleansing and that I could place the harmonizer somewhere else in the room and try to put it under the mattress again after a while. After two weeks, I again put it centrally where I slept, and there were no more such revolutions.
Maria, aged 58
Thanks to my grandson, I found myself in possession of bio-info harmonizers and I am very happy with this, because they helped me gain strength to finally get out of bed.
Aurelia, aged 78
I felt tired and irritated when using bio-info harmonizers.
Maciek, aged 25
Harmonizers have a positive impact on the quality of my sleep, but I don't use them every day, because in my case they cause increased anxiety states.
Marta, aged 22
After placing the harmonizer on top of my head, I immediately felt a strike, my head began to throb and my ears ached. I also felt this all of the next day.
Aleksandra, aged 20
I noticed that bio-info harmonizers helped me to work out some emotional blocks that restricted me, and so I feel much calmer and more and more turned towards finding my true self.
Dominik, aged 23
I encouraged my 20-year-old son to use the computer harmonizer. He used to spend long hours on the Internet and playing computer games. He practically did not leave home, did not meet with friends. After about 3 weeks this started to change, my son became more open to other people and he got bored, as he said, with the computer.
Agnieszka, aged 45
Harmonizers that really work!!! They definitively reduced my headaches caused by frequent mobile phone calls, my concentration and resistance to stress have improved. They are worth trying!!!
Daniel, aged 32